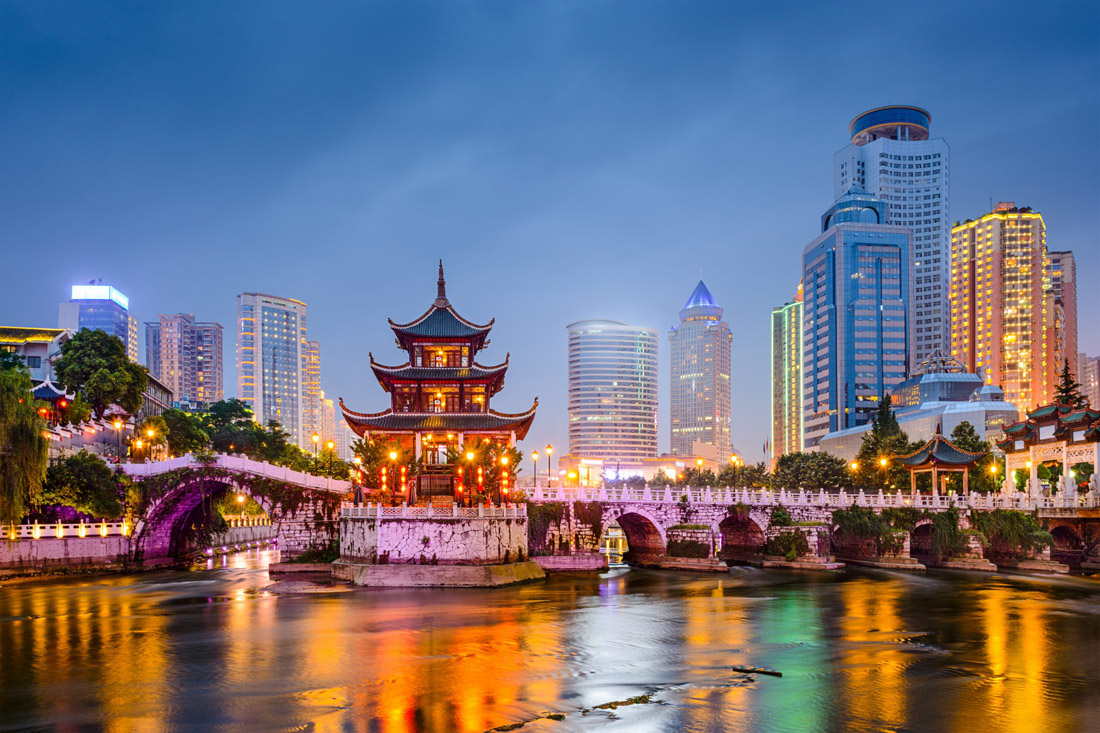 With over twenty million people residing in the nation’s capital, Beijing is a bustling and expansive city with a plethora of attractions for visitors to delight in. As a first stop, many head to the huge Tiananmen Square which is bordered by so many fine buildings such as the Forbidden City which once housed the imperial court. With over a hundred museums dotted about the city as well as a number of palaces, temples and archaeological sites interspersed among the encroaching modern buildings; there certainly is a lot to see.

This city of skyscrapers lies on Victoria Bay and behind it, a beautiful backdrop of forest-coated mountains only adds to the magnificence of the scenery. The nearby Victoria Peak is a great vantage point from which to behold the glistening Hong Kong in all its glory. Another fantastic way to take in the panorama is to take to the water and look up at the high-rises stretching towards the heavens before you. Cosmopolitan Hong Kong is a mishmash of cultures and peoples and that is in part what makes it so worth visiting. That and the lively markets – a shopper’s paradise!

As the largest city in China, Shanghai is a thriving place with a wealth of things to see and do. Lying on the banks of Huangpu River, the towering skyscrapers make for a spectacular sight and somewhat surprisingly; there are loads of Art Deco buildings to be found among them. Most tourists head straight to the Bund which is located alongside the riverbank and has an eclectic mix of colonial-era buildings.
Often called ´the museum of buildings´, the Bund is a relic to the foreign imperial powers that once ruled the city. Due to Shanghai´s rapid growth over the last century, the city is an eclectic mix of different architectural styles and as a commercial center it is great for shopping in. For a glimpse of old Shanghai, head to the Old Town and the lovely walled Yuyuan Gardens.

The capital of Tibet, Lhasa is a mesmerising city to visit and it is situated in a beautiful and mountainous environment in the Himalayas. The Potala Palace is the primary site of interest and the incredible building looks absolutely amazing. Jokhang Palace is also memorable to visit and it is home to Tibet´s most prized possession – an ancient and delightful statue of the Buddha. Very different from the rest of China; head here for an insight into the rich Tibetan culture.

Located in the south of the country, ´The City of Eternal Spring´ as it is known is a great place from which to set off and explore the delights of the beautiful Yunnan Province. In Kunming itself the spectacular Yuantong Temple dates back to the eight century and is definitely worth a visit for the impressive stone carvings that can be found scattered around its premises. Tanhua Temple is becoming increasingly popular due to the lovely scenery it offers up.

A popular place to visit, the city of Dali´s Old Town is lovely to wander around and, framed by the beautiful Cangshan Mountains the main landmarks are the lovely city gates that mark each end of it. With splendid scenery and pristine nature surrounding Dali, many people take to the mountains to hike along their winding paths and trails, reveling in the peaceful ambiance and fresh air. A great walk to do is wonderfully called the Cloud Traveller´s Path and takes you up to 2500 metres high.