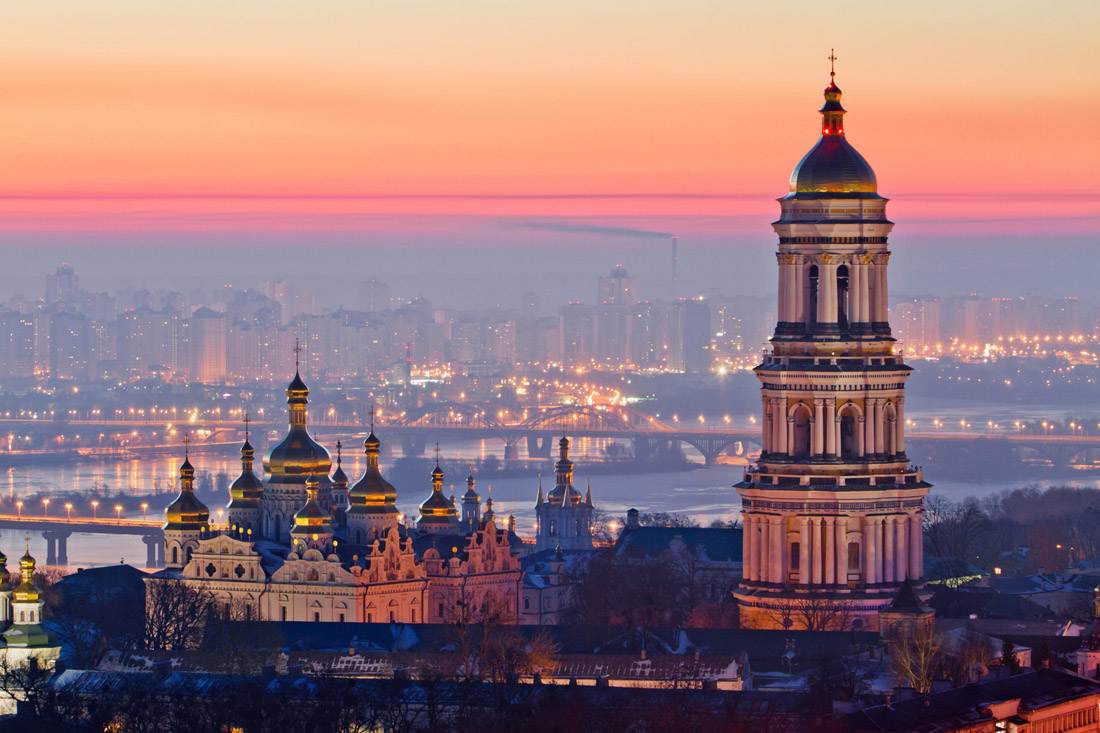 First held by the Greeks, then by the Ottomans, and finally the Russians, Odesa in southwestern Ukraine has an interesting history – all of which is told through its many excellent museums. Today, Odessa is a modern city with stunning Art Nouveau architecture, pretty people-watching cafes, and gorgeous beaches. Located on the north-western shore of the Black Sea, it’s often nicknamed the ‘Pearl of the Black Sea.’ Odessa boasts a thriving nightlife scene in Arcadia, with Ibiza-comparable night clubs, enviable shopping, and fantastic wineries. Put that all together, and you get the ultimate summer holiday destination – all without the throngs of international tourists. There is so much to do in Odessa. Hang out at one of the many beach club pools, watch a theater show, or stroll along the seaside promenade. It’s not only what’s on the ground level that attracts so many people to this vibrant city: Odessa also features a series of intriguing underground catacombs that span thousands of kilometers beneath the city!

Lviv is the largest city in western Ukraine and boasts a historic center that’s well worth exploring. Established in 1240 and named after Leo, the oldest son of the King of Ruthenia, the capital changed hands several times between the Polish and the Russians before finally becoming independent in 1991.
Packed full of monuments, museums, and age-old buildings with archaeological findings dating back to the 5th century, Lviv has plenty for adventurers to uncover. Dubbed one of Ukraine’s most popular cultural hubs, Lviv abounds with art galleries, including the Lviv National Art Gallery, home to over 50,000 works of art. There’s no shortage of activities for a cultural day out, from opera and ballet performances to a charming café culture. You’ll find all sorts of quirky bars and knaipas (local pubs) tucked down narrow side streets. 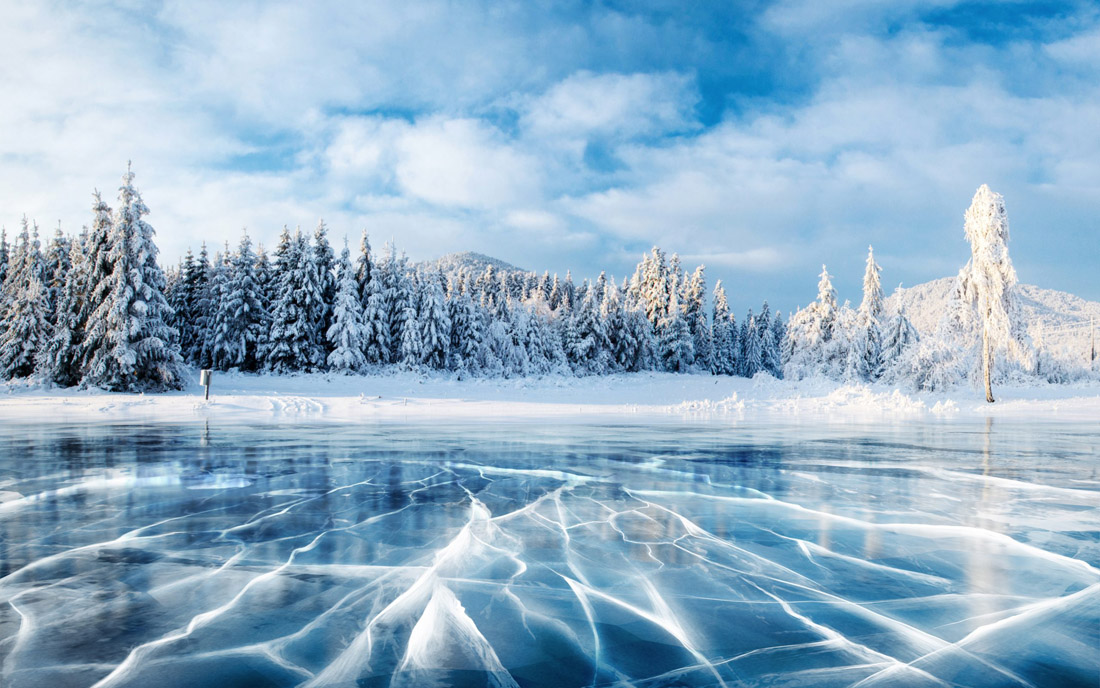 The number one destination to visit in Ukraine is undoubtedly the capital, located in north-central Ukraine. Filled with striking Soviet architecture, monasteries, golden-domed churches, and handsome streets, this European city really packs a punch. Plus, it’s still totally underrated, so you won’t find many tourist traps here! Dating back to 482 AD, Kiev is one of the oldest cities in Eastern Europe. Having faced both Russian and German occupation, it’s now distinctly Ukrainian. In fact, Kiev had a considerable part to play in the development of both the medieval East Slavic civilization and the Ukrainian nation as we know it today. Modern Kiev is all go-go-go. Head to one of the many city bars, people-watch at a sidewalk café or visit one of the museums to discover some of Eastern Europe’s fascinating history. Visit the Museum of Folk Architecture and Ethnography, one of the largest open-air museums in Europe. The most popular attraction in Kiev however is undoubtedly Kiev Pechersk Lavra, one of the oldest and most important monasteries in Ukraine.
Don’t miss the chance to stroll down Andriyivskyy Descent, a steep cobbled street lined with Art Nouveau-style houses with gargoyles. Kiev is also a popular destination for theater, opera, and musical performances, so bring your cultural A-game!

Chernivtsi can be found at the foot of the Carpathian Mountains in western Ukraine. Lovingly dubbed “Little Vienna,” the city boasts similar architecture to the Austrian city, as it was once part of the Austro-Hungarian Empire. But the city is not just a pretty face; it has significant historical and cultural importance too. According to archaeological discoveries, Chernivtsi dates back to the Neolithic era. A fortified city once stood on the north-eastern shoreline during the time of the Principality of Halych. It was known as the ‘Black City’ – presumably because of the dark color of the city walls – and was largely destroyed during the Mongol invasion. Some parts of the fortress remain today. With its cobbled streets filled with laidback cafes, Baroque buildings, bookshops, and parks, it’s the perfect place to chill out and absorb the no-frills, no-fuss atmosphere. Don’t miss a visit to the National University – this impressive palace is one of the largest universities in Ukraine.

While its self-christened title as the ‘geographical center of Europe’ may not be true, Rakhiv is certainly the highest city in Ukraine. Tucked within the lush Carpathian forests of western Ukraine, this mountain town is the perfect playground for nature lovers and hiking enthusiasts. Ideal for adventure lovers looking to explore the southern Carpathians, Rakhiv promises stunning scenery – including picturesque slopes and swinging footbridges leading across the rushing Tysa River. There isn’t a whole lot going on here, but that’s the appeal of Rakhiv. Head to the peaceful Dilove village for a quiet escape in the mountains, and swap the hive of the city for the serenity of the outdoors. For a taste of the local culture, don’t miss the Hutsul Brynza Festival held in September. This fiesta honors the shepherds who return from the Carpathians each winter with cheese, wurda, brynza, folk song, and dance

Chernihiv is one of the oldest cities in Ukraine. It was first mentioned back in 907 in the Rus’-Byzantine Treaty between Prince Oleh and Byzantium, but the actual date of establishment isn’t known. In this treaty, Chernihiv was ranked the second most important Ukrainian center after Kiev. Located on the banks of the Desna River in northern Ukraine, Chernihiv is the administrative center of the Chernihiv Oblast province. It boasts beautiful medieval architecture – particularly Catherine’s Church with its golden cupolas, and the 11th century five-domed Transfiguration Cathedral. If you love beer, you’ll be in your element in Chernihiv, as it’s home to some famous Ukrainian tipple, known as ‘Cherninihivske.’ Don’t miss the chance to visit the two ancient cave monasteries on the outskirts of the city or take a stroll around the 18th century Kachanivka Palace with its beautiful neoclassical architecture, pretty gardens, and lake.