Curious about politics in Bhutan? This page may shed some light. 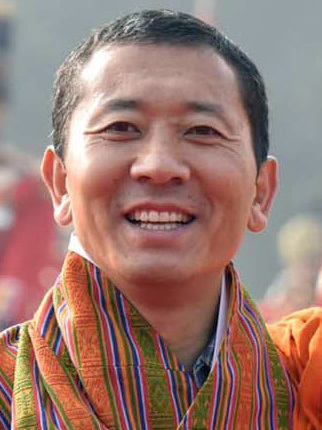 Bhutan is a constitutional monarchy with a parliamentary form of government. The reigning monarch is Jigme Khesar Namgyel Wangchuck. The current Prime Minister of Bhutan is Lotay Tshering, leader of the Druk Nyamrup Tshogpa Party. Bhutan’s democratic transition in 2008 is seen as an evolution of its social contract with the monarchy since 1907. In 2019, Bhutan was classified in the Democracy Index as a hybrid regime alongside regional neighbors Nepal and Bangladesh. Minorities are increasingly represented in Bhutan’s government since 2008, including in the cabinet, parliament and local government.

The Druk Gyalpo (Dragon King) is the head of state. The political system grants universal suffrage. It consists of the National Council, an upper house with 25 elected members; and the National Assembly with 47 elected lawmakers from political parties.

Executive power is exercised by the Council of Ministers led by the Prime Minister. Legislative power is vested in both the government and the National Assembly. Judicial power is vested in the courts. The legal system originates from the semi-theocratic Tsa Yig code, and was influenced by English common law during the 20th century. The chief justice is the administrative head of the judiciary.  Read more here.