Curious about politics in Comoros? This page may shed some light. 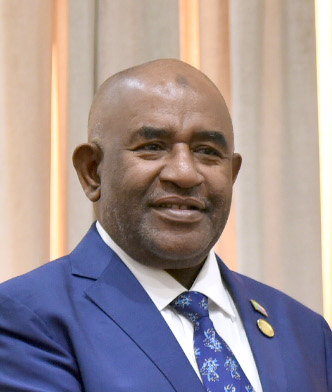 Politics of the Comoros takes place in a framework of a federal presidential republic, whereby the President of the Comoros is both head of state and head of government, and of a multi-party system. The Constitution of the Union of the Comoros was ratified by referendum on 23 December 2001, and the islands’ constitutions and executives were elected in the following months. It had previously been considered a military dictatorship, and the transfer of power from Azali Assoumani to Ahmed Abdallah Mohamed Sambi in May 2006 was a watershed moment as it was the first peaceful transfer in Comorian history.

Executive power is exercised by the government. Federal legislative power is vested in both the government and parliament. The preamble of the constitution guarantees an Islamic inspiration in governance, a commitment to human rights, and several specific enumerated rights, democracy, “a common destiny” for all Comorians. Each of the islands (according to Title II of the Constitution) has a great amount of autonomy in the Union, including having their own constitutions (or Fundamental Law), president, and Parliament. The presidency and Assembly of the Union are distinct from each of the islands’ governments. The presidency of the Union rotates between the islands. Despite widespread misgivings about the durability of the system of presidential rotation, Ngazidja holds the current presidency rotation, and Azali is President of the Union; Ndzuani is in theory to provide the next president.