Curious about politics in Guatemala? This page may shed some light. 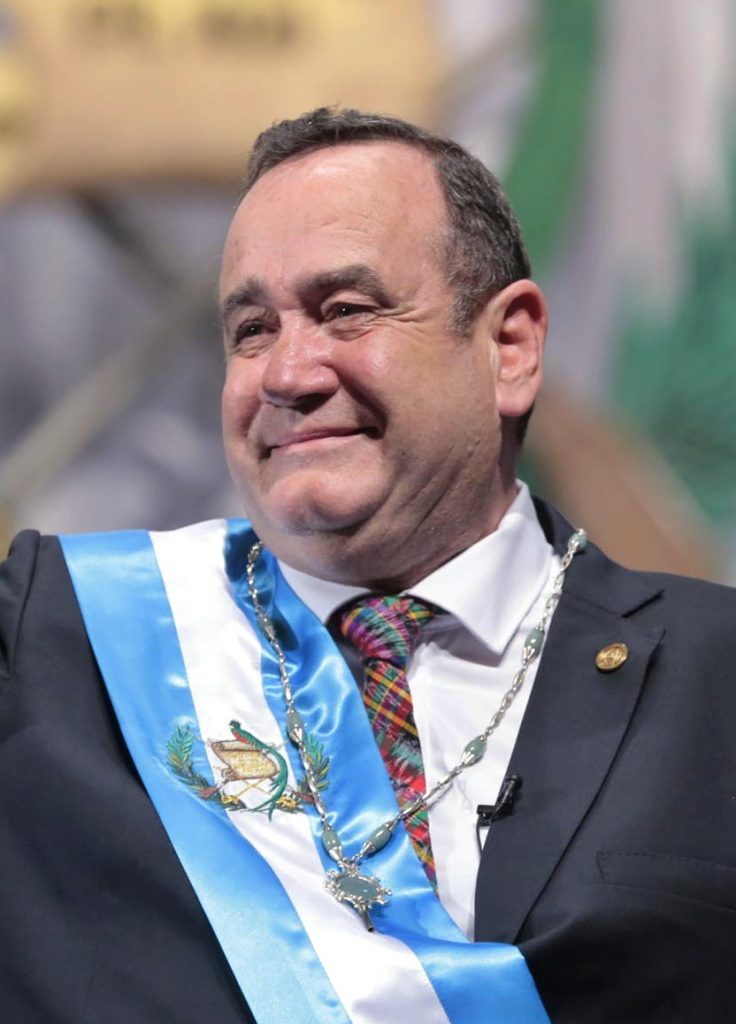 Guatemala is a constitutional democratic republic whereby the President of Guatemala is both head of state and head of government, and of a multi-party system. Executive power is exercised by the government. Legislative power is vested in both the government and the Congress of the Republic. The judiciary is independent of the executive and the legislature.

On 2 September 2015, Otto Pérez Molina resigned as President of Guatemala due to a corruption scandal and was replaced by Alejandro Maldonado until January 2016. Congress appointed former Universidad de San Carlos President Alfonso Fuentes Soria as the new vice president to replace Maldonado.

Jimmy Morales assumed office on 14 January 2016. In January 2020, he was succeeded by Alejandro Giammattei.
https://en.wikipedia.org/wiki/Guatemala