Curious about politics in Laos? This page may shed some light. 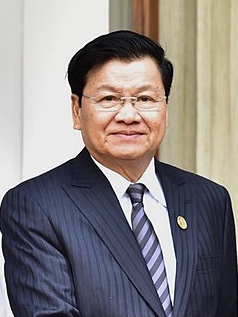 Laos’s first French-written and monarchical constitution was promulgated on 11 May 1947, and declared Laos an independent state within the French Union. The revised constitution of 11 May 1957 omitted reference to the French Union, though close educational, health and technical ties with the former colonial power persisted. The 1957 document was abrogated in December 1975, when a communist people’s republic was proclaimed. A new constitution was adopted in 1991 and enshrined a “leading role” for the LPRP.
https://en.wikipedia.org/wiki/Laos