Curious about politics in Liberia? This page may shed some light. 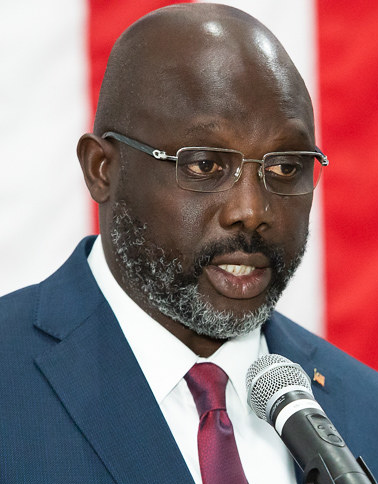 The president serves as head of government, head of state, and the commander-in-chief of the Armed Forces of Liberia. Among the president’s other duties are to sign or veto legislative bills, grant pardons, and appoint Cabinet members, judges, and other public officials. Together with the vice president, the president is elected to a six-year term by majority vote in a two-round system and can serve up to two terms in office.
https://en.wikipedia.org/wiki/Liberia