Curious about politics in Malaysia? This page may shed some light. 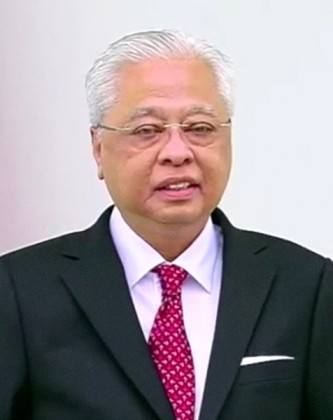 Malaysia is a federal constitutional elective monarchy; the only federal country in Southeast Asia.The system of government is closely modelled on the Westminster parliamentary system, a legacy of British rule. The head of state is the King, whose official title is the Yang di-Pertuan Agong. The King is elected to a five-year term by and from among the nine hereditary rulers of the Malay states. The other four states, which have titular Governors, do not participate in the selection. By informal agreement the position is rotated among the nine, and has been held by Abdullah of Pahang since 31 January 2019. The King’s role has been largely ceremonial since changes to the constitution in 1994, picking ministers and members of the upper house.

Legislative power is divided between federal and state legislatures. The bicameral federal parliament consists of the lower house, the House of Representatives and the upper house, the Senate. The 222-member House of Representatives is elected for a maximum term of five years from single-member constituencies. All 70 senators sit for three-year terms; 26 are elected by the 13 state assemblies, and the remaining 44 are appointed by the King upon the Prime Minister’s recommendation. The parliament follows a multi-party system and the government is elected through a first-past-the-post system. Parliamentary elections are held at least once every five years, the most recent of which took place in May 2018. Before 2018, registered voters aged 21 and above could vote for the members of the House of Representatives and, in most of the states, for the state legislative chamber. Voting is not mandatory. In July 2019, a bill to lower the voting age to 18 years old was officially passed. Malaysia’s ranking increased by 9 places in the 2019 Democracy Index to 43th compared to the previous year, and is classified as a ‘flawed democracy’.
https://en.wikipedia.org/wiki/Malaysia