Curious about politics in Myanmar? This page may shed some light. 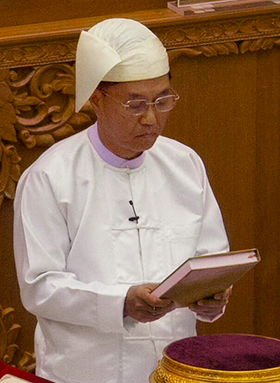 The major political parties are the National League for Democracy and the Union Solidarity and Development Party.

Myanmar’s army-drafted constitution was approved in a referendum in May 2008. The results, 92.4% of the 22 million voters with an official turnout of 99%, are considered suspect by many international observers and by the National League of Democracy with reports of widespread fraud, ballot stuffing, and voter intimidation.
https://en.wikipedia.org/wiki/Myanmar