Curious about politics in Namibia? This page may shed some light. 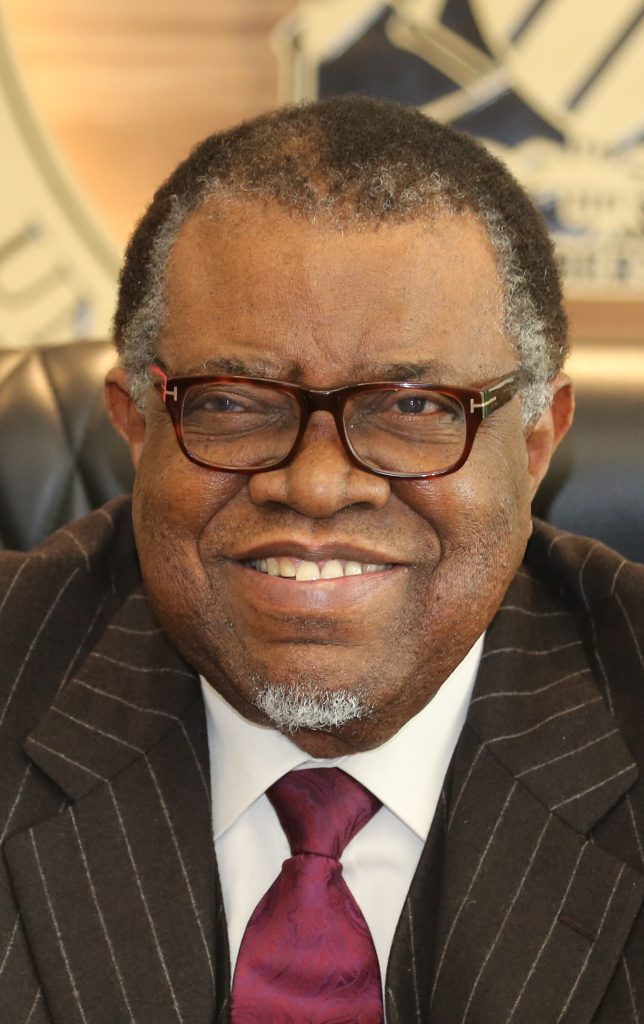 Namibia is a unitary semi-presidential representative democratic republic. The President of Namibia is elected to a five-year term and is both the head of state and the head of government.All members of the government are individually and collectively responsible to the legislature.

The Constitution of Namibia outlines the following as the organs of the country’s government:

Executive: executive power is exercised by the President and the Government.
Legislature: Namibia has a bicameral Parliament with the National Assembly as lower house, and the National Council as the upper house.
Judiciary: Namibia has a system of courts that interpret and apply the law in the name of the state.
https://en.wikipedia.org/wiki/Namibia