Curious about politics in Rwanda? This page may shed some light. 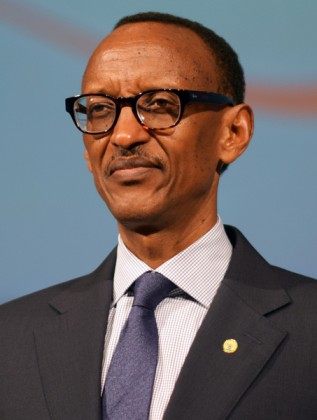 The president of Rwanda is the head of state, and has broad powers including creating policy in conjunction with the Cabinet of Rwanda, exercising the prerogative of mercy, commanding the armed forces, negotiating and ratifying treaties, signing presidential orders, and declaring war or a state of emergency. The president is elected by popular vote every seven years, and appoints the prime minister and all other members of the Cabinet. The incumbent president is Paul Kagame, who took office upon the resignation of his predecessor, Pasteur Bizimungu, in 2000. Kagame subsequently won elections in 2003 and 2010. although human rights organisations have criticised these elections as being “marked by increasing political repression and a crackdown on free speech”. Article 101 of the constitution had previously limited presidents to two terms in office, but this was changed in a 2015 referendum, which had been brought following receipt of a petition signed by 3.8 million Rwandans. Through this change in the constitution, Kagame could stay on as president until 2034. Kagame was elected for a third term in 2017 with 98.79% of the vote.
https://en.wikipedia.org/wiki/Rwanda