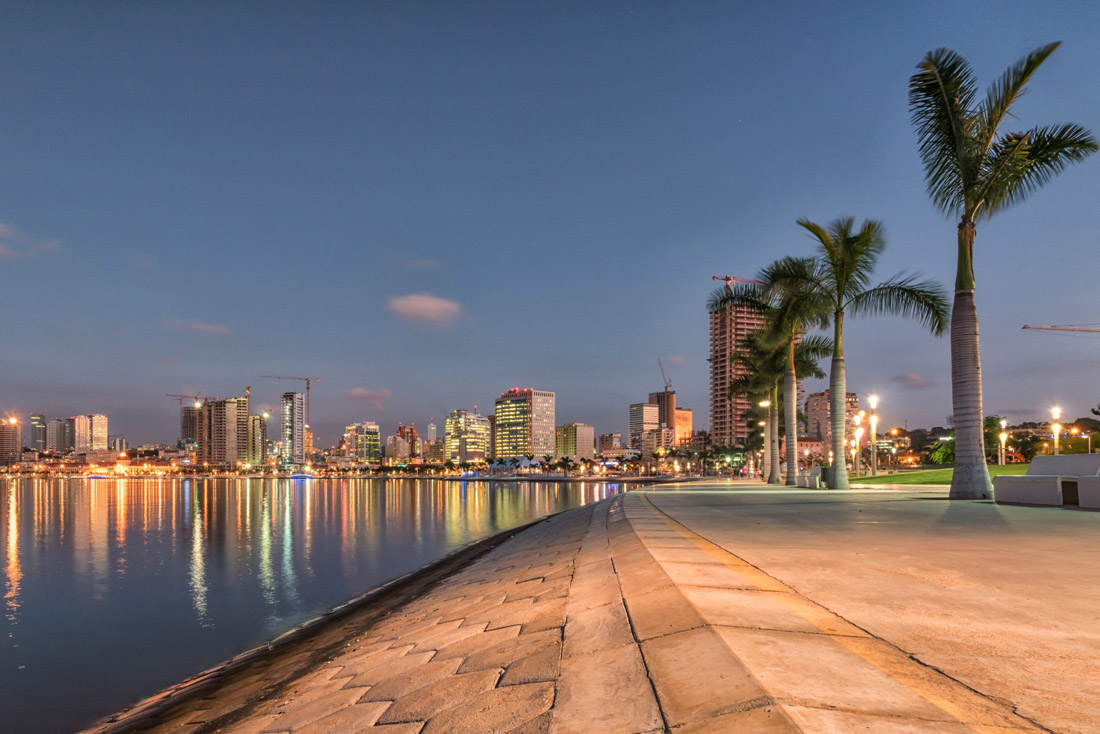 The capital of Angola is full of stark contrasts. The beautiful Atlantic Ocean views are disrupted by busy ships and the high rise modern looking buildings are contrasted by lean to huts built to accommodate people in the rapidly expanding city. Over-population is apparent in other ways too, namely the insane morning traffic and the stink that regularly trouble the city. Despite all these problems however, Luanda certainly has its charms and is another side to Africa that is worth experiencing.

Only a 70km ride south from Luanda is the Parque Nacional de Kissama, a wildlife sanctuary that has utilized stunning natural settings to protect and preserve many African species. The park began life as a nature reserve in 1938 and subsequently evolved into a National Park in 1957. During the Civil War years, the park was neglected and fell victim to poaching but its population of buffalo, elephants and even sea turtles are now going strong. The park even received 10 Elephants by air mail from Russia in 2000. 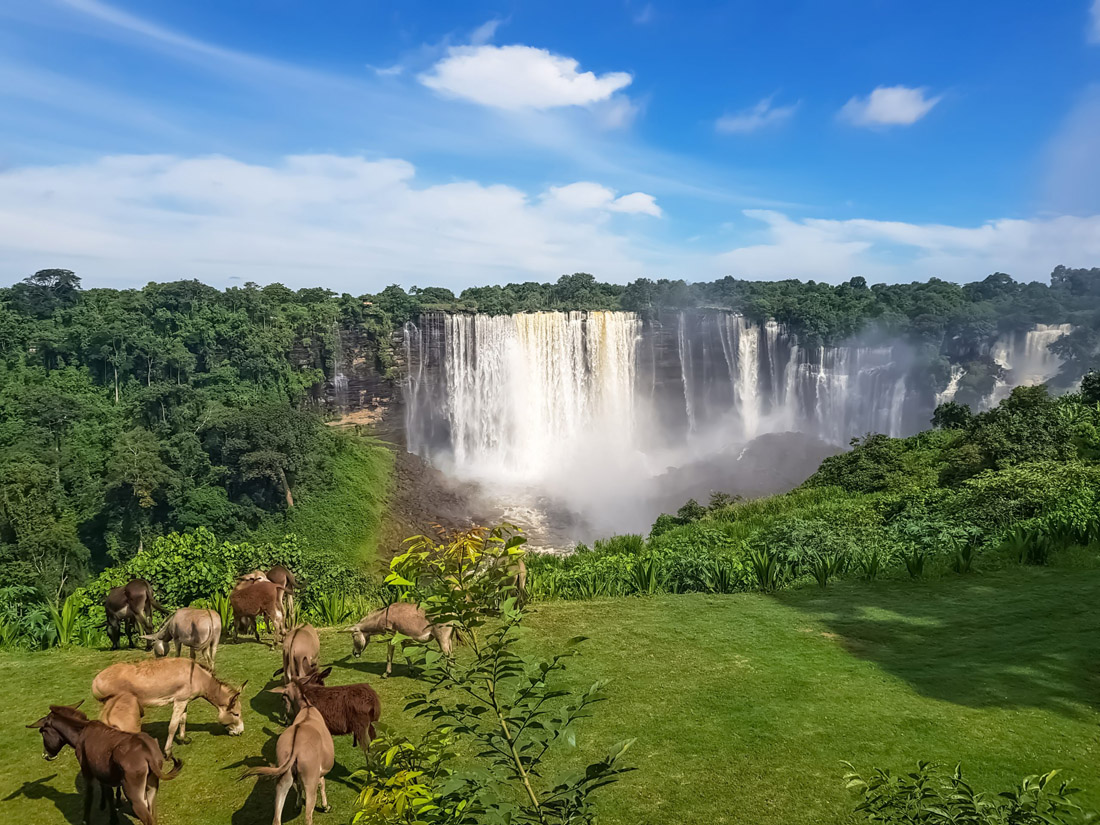 The city of Benguela in western Angola is situated on a bay of the same name and is an important tourist destination for the country. The early economy of the city was established on mining and then the slave trade to Cuba and Brazil. Tourism is actively promoted in the city and an international railway is located nearby. The main attractions of the city are its beautiful ocean-side location coupled with the breathtaking Portuguese architecture. The beaches are fantastic places to unwind and the people are very friendly.

The port and town of Lobito is situated within Benguela and is both an important part of the export and the tourist economy. The port and coastline here are popular with anglers trying to land a whopping Giant Tarpon which can weigh up to 200lbs. For the less extreme, the beach here is a great place to relax and watch the sunset or there are plenty of restaurants and old Portuguese buildings here which can be worth taking the time to explore for a day or two.

Huambo is a large province in Angola with 11 municipalities and a population of around 1.7 million people. The climate in Huambo is tropical with a dry and cold season and a hot, wet season. The National Forest Reserve of Kavongue can be found in the province and is a great place for adventurers with many taking to the reserve for activities such as rappelling, canyoning, paragliding and canoeing. The city of Huambo is industrial and has its roots in mining.

The Arch Lagoon is located in the Namib Desert not far from the town of Tombwa. The lagoon takes its name from the stunning natural arch rock formations that have been shaped by nature over many years. As well as offering the opportunity to view these amazing formations, the lagoon is a great place to relax due to its tranquil nature and peaceful surroundings. While relaxing at this oasis, visitors may also glimpse some of the rare and exotic wildlife species that inhabit the are surrounding the Arch Lagoon.