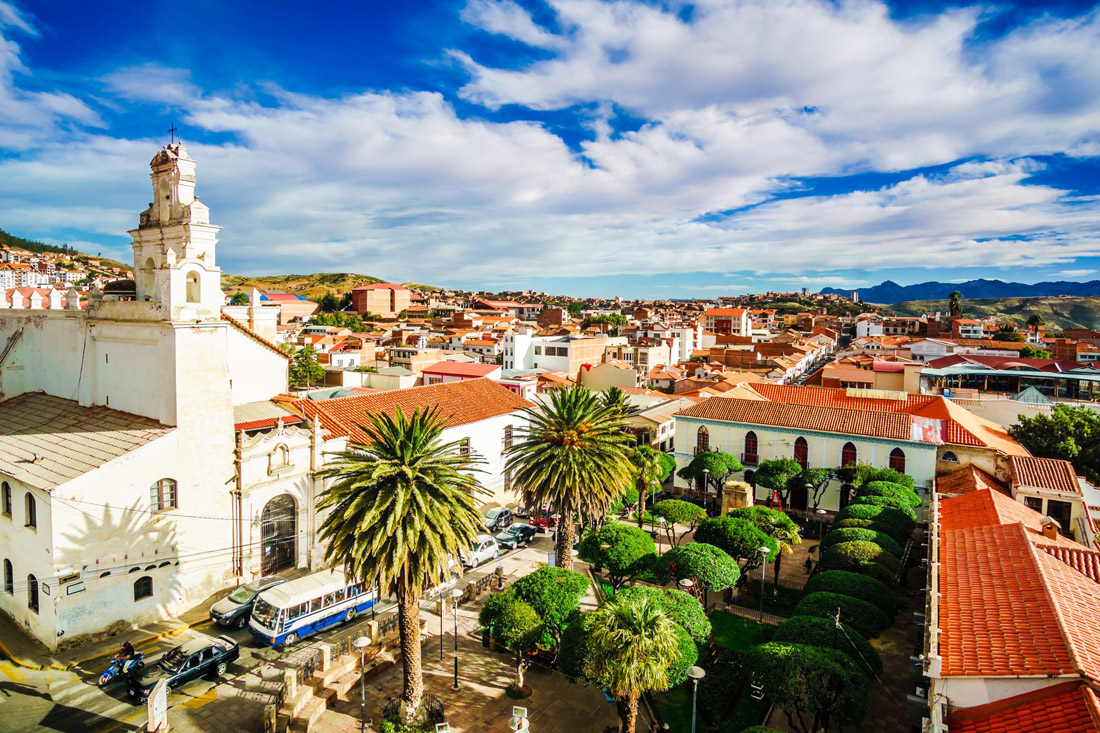 La Paz is the administrative capital of Bolivia, while Sucre is the constitutional capital. Situated on steep hills at an elevation of roughly 3,650 meters (11,975 ft) above sea level, La Paz is the highest “de facto” capital city in the world. The sight from the air as one flies into La Paz is incredible. First, the sprawling slums of El Alto appear, slowly giving way to the sight of La Paz itself, clinging to the sides of what looks like a large gash in the earth.

Tiwanaku, found on the southern shore of Lake Titicaca, was the capital city of one of the most important civilizations to exist prior to the Incas. Archaeologists have excavated only a small part of the city, but they estimate that at its peak at least 20,000 people lived in the city. Excavations have shown that the citizens lived in separate neighborhoods, which were enclosed by large adobe walls. Other remains found in Tiwanaku include temples, a pyramid, large gates and carvings of alien-like faces. 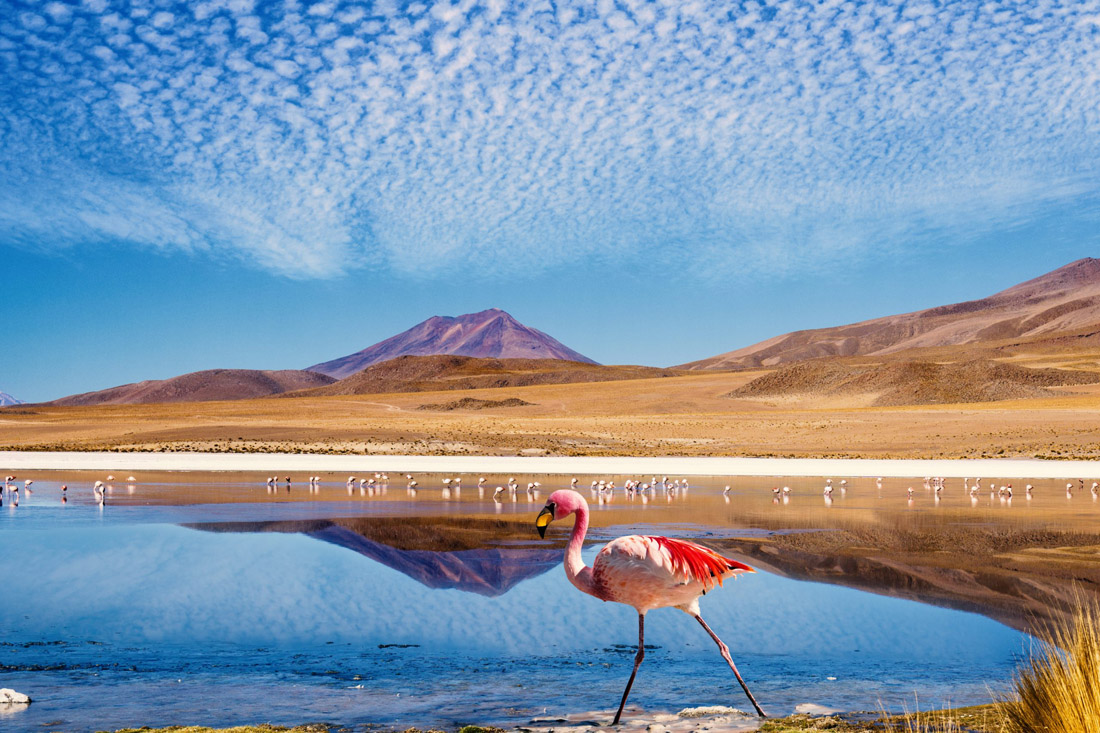 This miners town is one of the largest in Bolivia, and is best known for its lavish costumes and festivities during carnivale season. The festival features thousands of dancers and musicians, performing a broad variety of ethnic dances. Off season, it is a great place to experience the high plains, and is home to several good museums and the artisanal street of Calle La Paz, which makes many of the costumes and masks for the festival, as well as tourist reproductions to bring home and display.

Sucre was once the nation’s capital, and is famed throughout South America as the White city. The town’s central area has beautifully whitewashed and well-kept buildings that are worth seeing. This is an old and wealthy city whose rise in status was tied very closely to Potosi. Guests to Sucre can enjoy the beautiful architecture and local museums, or partake in some fantastic day-trips to see volcanic craters, dinosaur footprints, or the seven waterfalls.

Potosi is one of the world’s highest, and before its discovery by the conquistadors, it was also one of the world’s richest cities. The famed city of silver was by many accounts everything that the Spanish were looking for with El Dorado, except that the metal they found was silver instead of gold. Today, Potosi is a popular place to visit in Bolivia, known for its friendly inhabitants, lovely colonial architecture and tours of the famed mines that once housed over sixty thousand tons of silver.

Located between La Paz and Lake Titicaca, the sleepy town of Sorata serves as a base camp for visitors who want to hike in the mountains of the Cordillera Real. The granite slopes of the Cordillera Real lie in the Altiplano, or “high plains,” of the widest part of the Andes Mountains. Six of the towering peaks of the range are over 20,000 feet high. Hikers come to Sorata to plan and prepare for mountain-climbing treks.