It was a simple trading center in the late ’50s, having spawned no famous leader, recorded no historic event, and has no entries in the book of facts that would highlight its background. Yet, Lilongwe rested directly in the center of the country that was soon to become an independent nation and was in the region of the man who would become the first president, Hastings Kamuzu Banda. For these reasons, when Malawi gained its independence, Banda declared the capital should be where all Malawians could reach it, and in 1965 Lilongwe replaced the southern city of Zomba as the capital of Malawi. Though the government resides in Lilongwe, this crossroads of Malawi has yet to reach the stature of the commercial center of the south, Blantyre. The population of this largest city in Malawi remains at approximately half of the number living in the city to the south, and international business continues to look to Blantyre for banking and commercial interests.

Blantyre is Malawi’s commercial and financial capital and known as one of the important cities in Malawi with a population of about 1,068,681 people. The city was established in 1876 by the missionaries from the Church of Scotland and is named after a town in Scotland. The city has an unprecedented cultural history among other cities in the region. Blantyre served as the ivory trading center during the colonial periods. Later it served as an industrial and commercial city mainly using tobacco as the raw product.

Currently, the city serves and provides employment for a majority of the Malawian nationals in the industries and commercials centers. Pollution due to industrial waste as well as poor management of the historical sites the biggest problem facing this city. 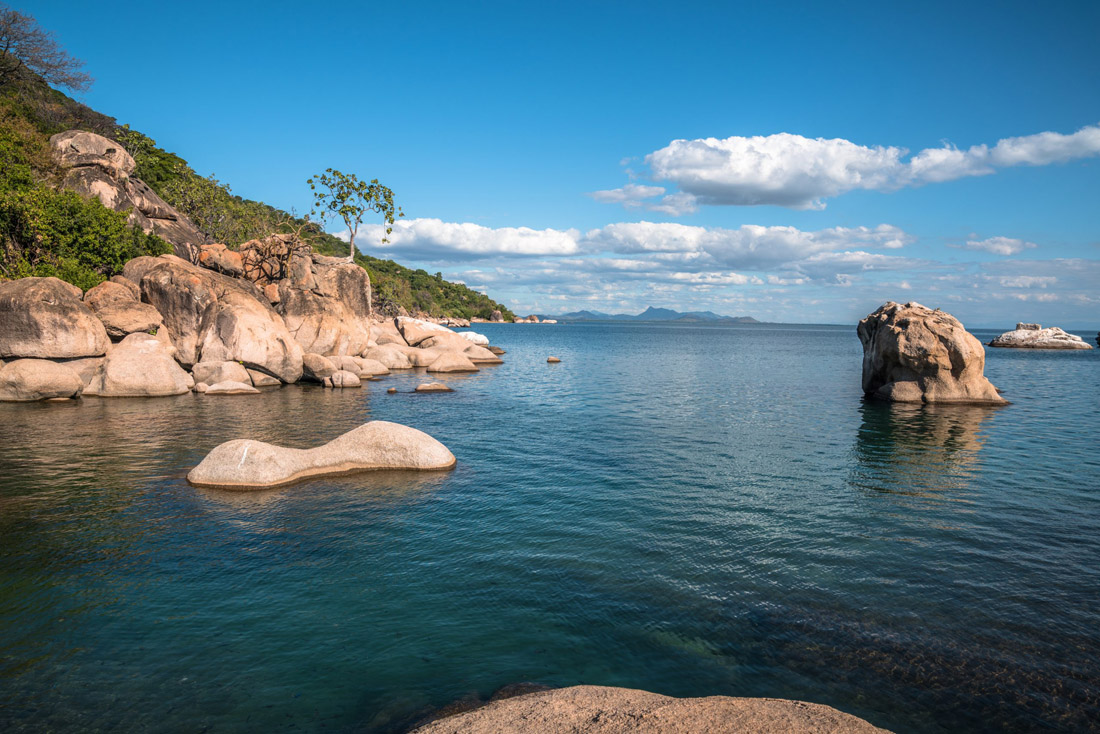 The southern city of Zomba was the capital of the nation until 1975. Zomba is 40 miles north of the commercial center of Blantyre and is situated at the foot of Zomba Mountain. A group explored this part of Malawi from Livingston’s Zambezi expedition in 1859. Although the area seemed to offer great possibilities for trade and agriculture it was also a focus point for the slave trade. On the outskirts of the city can be found Chancellor College – the main campus for the University of Malawi. This popular city in Malawi claims a rate of literacy that touches 60%. To the east of the city rises the Zomba Plateau. Zomba Plateau is unique. Described as “a great slab of a mountain”, the Zomba Plateua rises to 6000 ft or 1800m. It is well known as a destination for walking and hiking, although one must be cautious of a small number of leopards, hyenas, and an occasional lion that can still be found in the region.

Kasungu is a small city in central Malawi with a population of about 59,696 people. The city is the fourth largest and major city in Malawi. Kasungu is poorly developed with few social amenities, poverty and high rates of child labor. You will find here that children are used to providing labor in the tobacco plantations. That dominates the town. The soils in this city are poor and infertile with forests extensively destroyed. The people of this town are poor and vulnerable to famine and disease outbreak as they cannot afford proper Medicare or sanitation facilities. The city serves other functions such as leisure, entertainment, sports, administrative, health, and transport.

The welcoming little city of Karonga is a great place to spend a night or two in this less-visited corner of the nation. This top city in Malawi shrouded by the dusty mountains of the Malawian north. The clutching to the far-flung edge of great Lake Malawi just a short jaunt from the Tanzanian border. All you’ll need to stock up before moving to expect banks, good bus connections, and a clutch of earthy little guesthouses. And then there are the fossils Karonga’s single most impressive claim to fame. Now lurking in the exhibition rooms of the local Culture and Museum Centre, these come in the form of huge Malawisaurus remains.

Nkhotakota is nestled right in the heart of Malawi’s central backcountry. This Verdant and pretty city dressed in green dashes of miombo woods, cut-through by several winding rivers. Each of the river on their way to join the waters of Lake Malawi itself. This beautiful city in Malawi backed by its eponymous Nkhotakota Wildlife Reserve. Most of the travelers to experience the acclaimed safari lodges and to see elephants, buffalo and maybe even leopards in the wild.