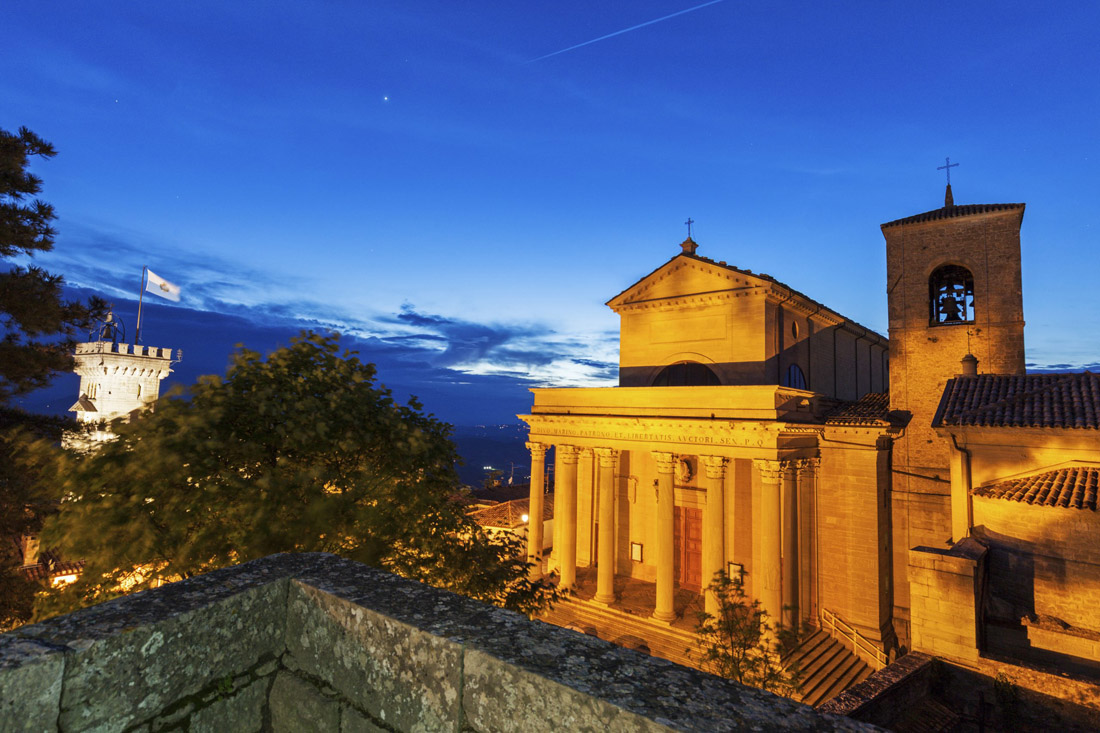 Aside from the main path that leads to the tower, there are other marked walking trails that take you through picturesque and lush woodlands that give you a different perspective to the more crowded city centre down below. You will find old stone benches dotting the mountain that are the ideal place to relax as you take in the vistas, and as Mount Titano is found at an elevation of 750 metres above sea level, the mountain air is crisp and bracing, so be prepared for it to be cooler than the lower regions of the state and plan accordingly.

The town of Faetano is one of the nine communes that make up the catelli of San Marino and used to be part of neighbouring Rimini in Italy until it became part of San Marino in the 15th century. A sleepy area of San Marino with little over 1,000 inhabitants, visitors make the trip to Faetano to see the Church of San Paolo Apostolo as well as the quaint town hall. Visitors can spend a tranquil day wandering the small streets of Faetano and taking in the local atmosphere as well as trying some of the local food and wines. 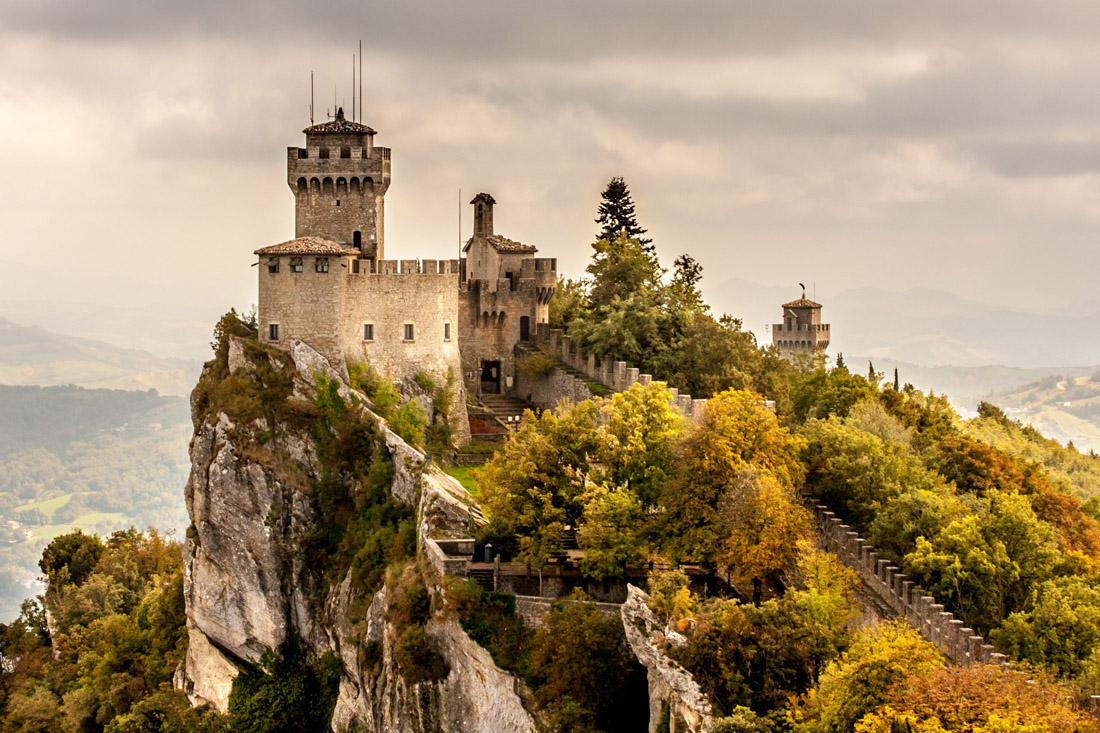 Borgo Maggiore started life as a sleepy village and has grown into the modern town which is one the largest residential areas in San Marino. Borgo Maggiore is most famous for its street markets that are held every Thursday from early in the morning until around 2pm. The first markets ever held in Borgo Maggiore (previously known as Mercatale) are said to have taken place in the 13th century, so if you come here know that you are shopping in a place with a long and proud history. The markets used to sell cattle but in the present day you are more likely to find fresh local produce and household wares as well as arts and crafts from the region. The town is also connected to the city of San Marino by a funicular which allows you to enjoy the beautiful vistas over the state as you ascend.

Another of the nine communes of San Marino, Montegiardino is most famous for being a university town, the only one in San Marino in fact, and home to the University of the Republic of San Marino. The town is often described as the most beautiful of all San Marino and it has the relaxed and intellectual vibe of university towns the world over. Said to date from the Roman period, Montegiardino is stepped in history and you can enjoy the well established cafe culture here as you while away a few hours trying the local food and drink including special flat bread sandwiches called piadina that are also popular in the neighbouring provinces of Italy.

Another of the castelli of San Marino, Serravalle is the largest municipality in the state and lies at the foot of the Apennine Mountains. The town dates from medieval times and was previously a small village named ‘The Village of the Elm Trees’. Places of interest in Serravalle are the Serravalle Castle which feature on the castello’s coat of arms, as well as Saint Andrea’s Church built in the 19th century. In terms of modern architecture, check out the Olympic Stadium, something of a misnomer and not actually linked to the Olympic Games, but rather the national stadium used predominately for football matches.

The town of Dogana is found in the north of San Marino near the border with Rimini and as such the town is used as the main entry and exit point for visitors wishing to travel to San Marino. The name Dogana literally translates as ‘Customs House’ although there are no border checkpoints as you enter or exit San Marino, and the main buses that run from Italy into the state usually stop at several shopping malls that are located in Dogana. Here you can pick up duty-free items and souvenirs including local arts and crafts products.